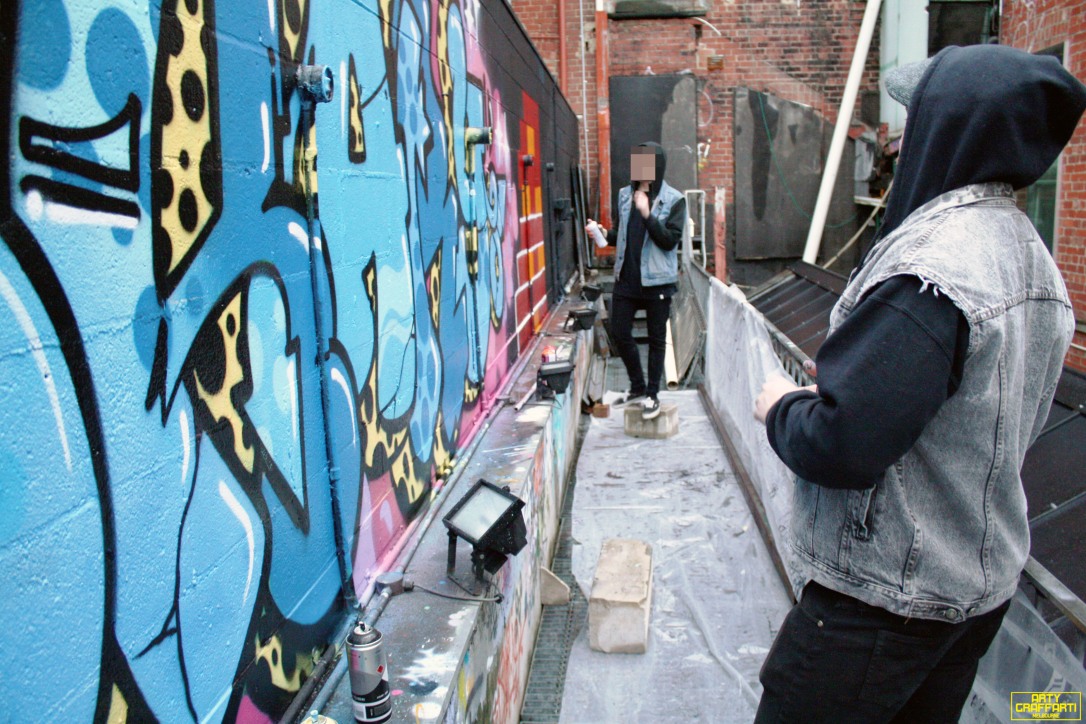 This has been a long time coming, but I’m glad to say, we’re finally here (almost). For those seeing this for the first time, The Seasons of Change series of gallery shows pop-up at Revolver each seasonal change every 3 months, it has featured some of Melbourne’s best graffiti crews and artists, consisting of names like: CI Crew, RDC, C2F, Cam Scale, Putos and many many more. This years Winter edition consisted of two Fly Crew members in OG23 and Skary, both consistent letter formers with heavy design influences from a variety of genres in and outside of graffiti.

As is tradition with all the SOC shows, it only stands for one night and the outside wall of Revolver must be painted by the artists showing. I was lucky enough to be on hand as the duo took down said wall to take flicks and film some of it, all the while being an extra body in this minuscule platform. Rain, scheduling, lack of paint, rain, wind and time was just a fraction of what slowed this production down, but the team got it together in the end and belted out this great join up. This certainly isn’t the first time these two have gotten together on one space and there is a lot to like about this one, from the surveying eyes, double denim, leopard prints, hands flying everywhere, along with arrows pointing in every directions, it’s all in there.

Along with these flicks, I will be releasing a new video of all this going down next week, so stay tuned for some audio/visual entertainment, check out the preview at the bottom of this post.

Thanks again to Skary and OG23 for letting me hang out while this along happened too, had a good time!

(PS. The photo’s will show two characters from here to the final product, which was a choice both artists made in between both sets of photos) 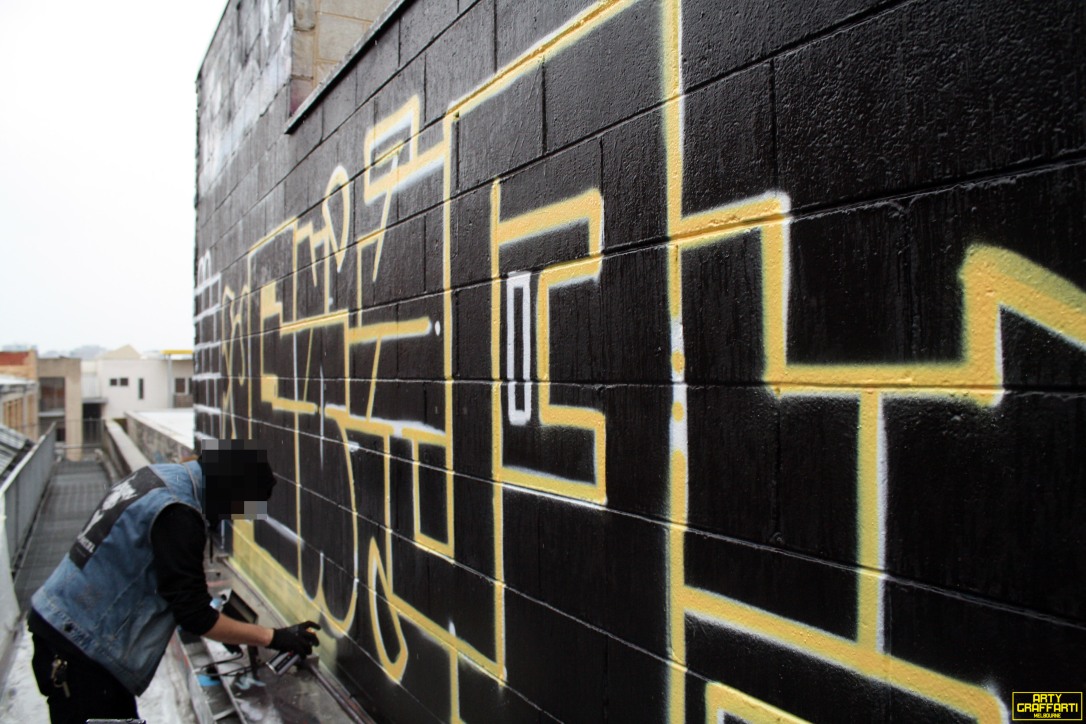 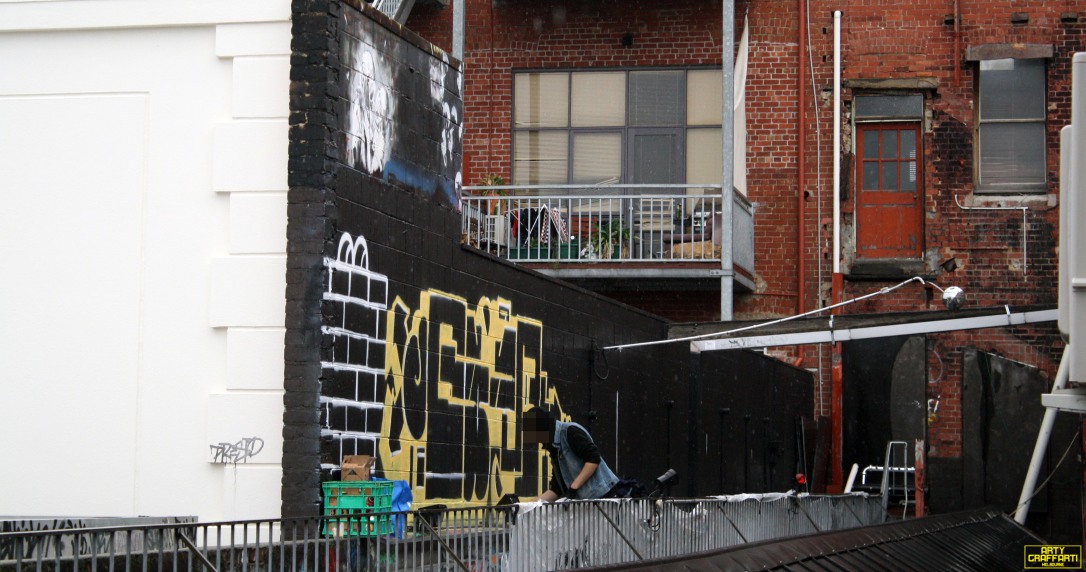 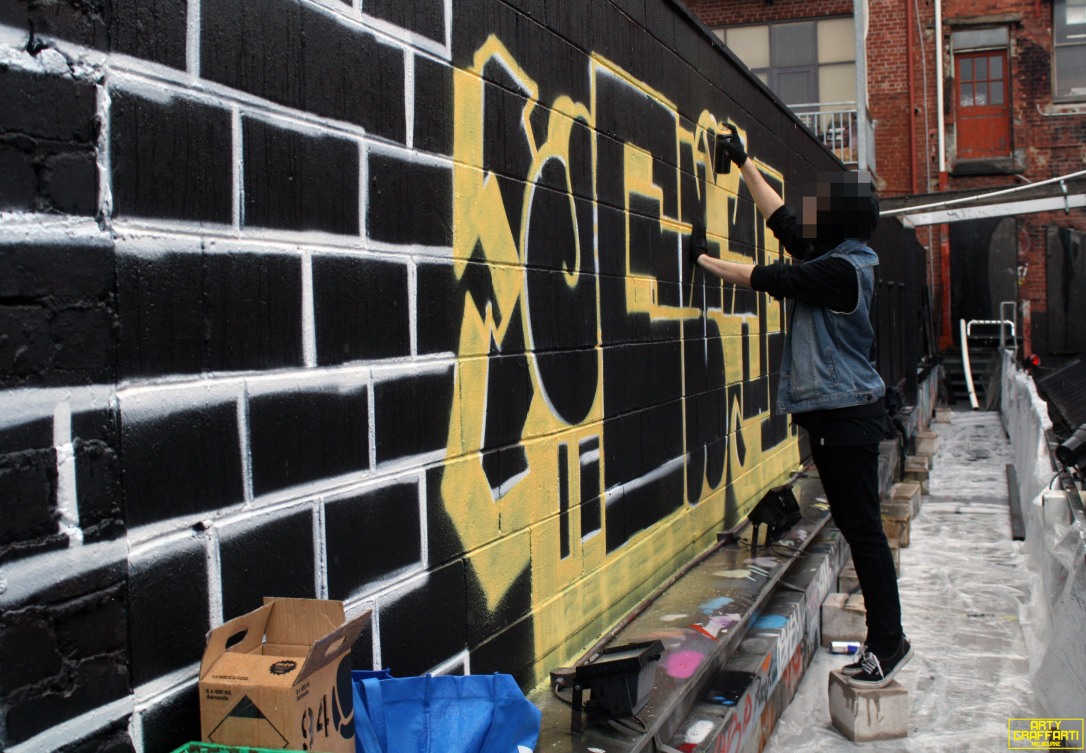 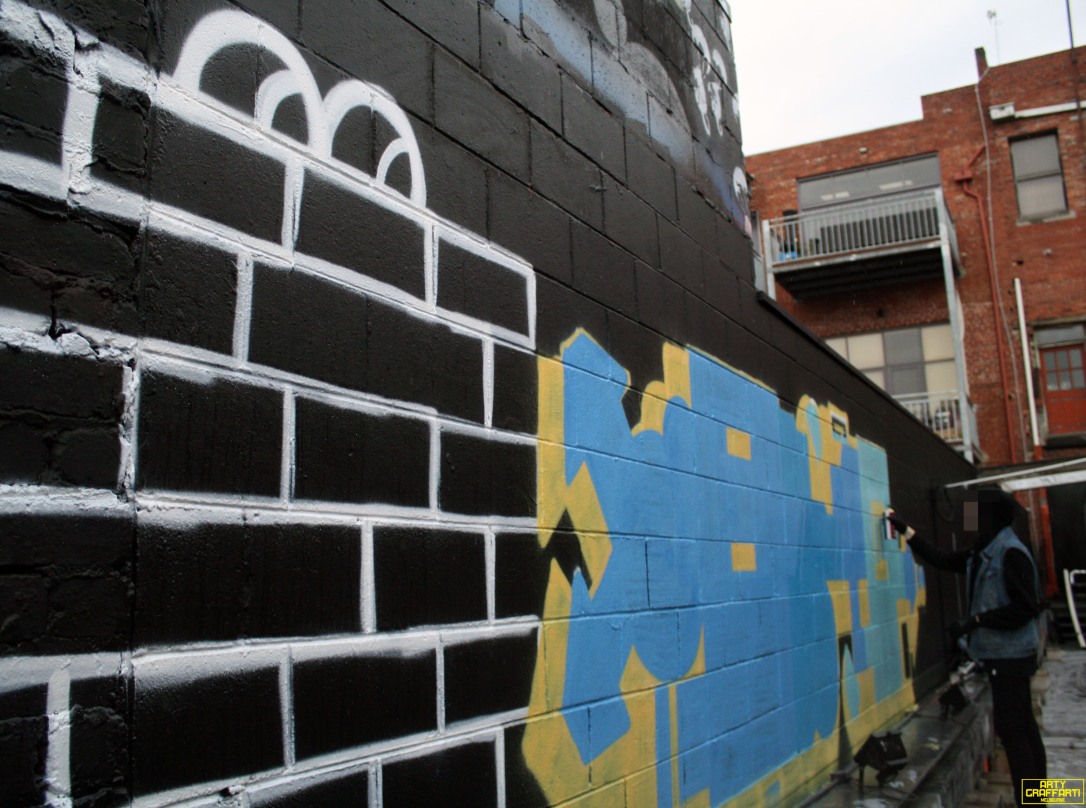 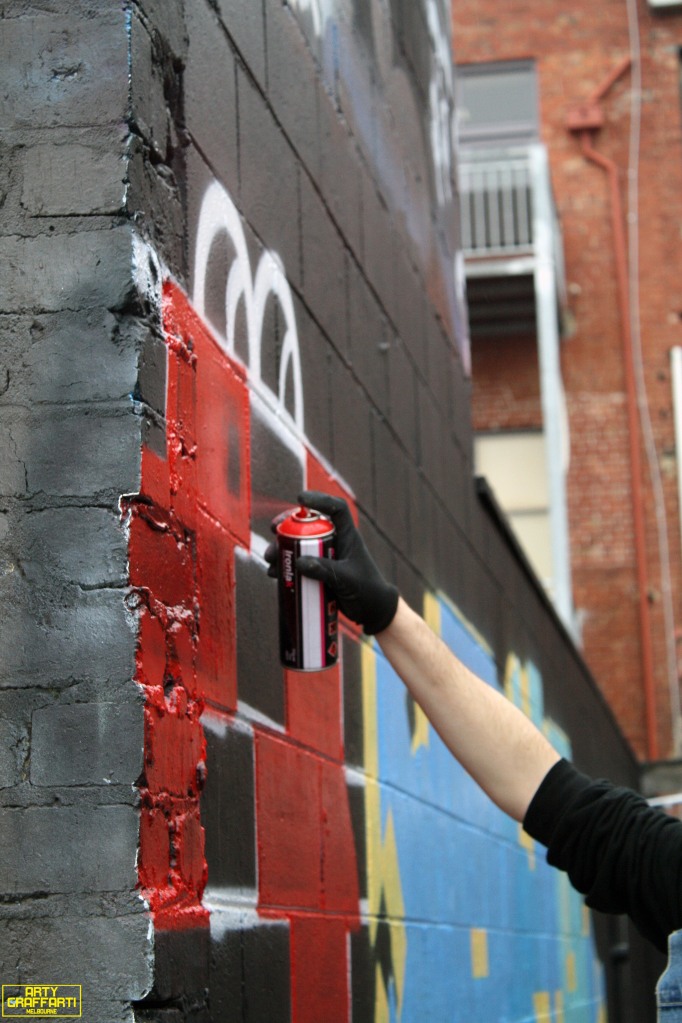 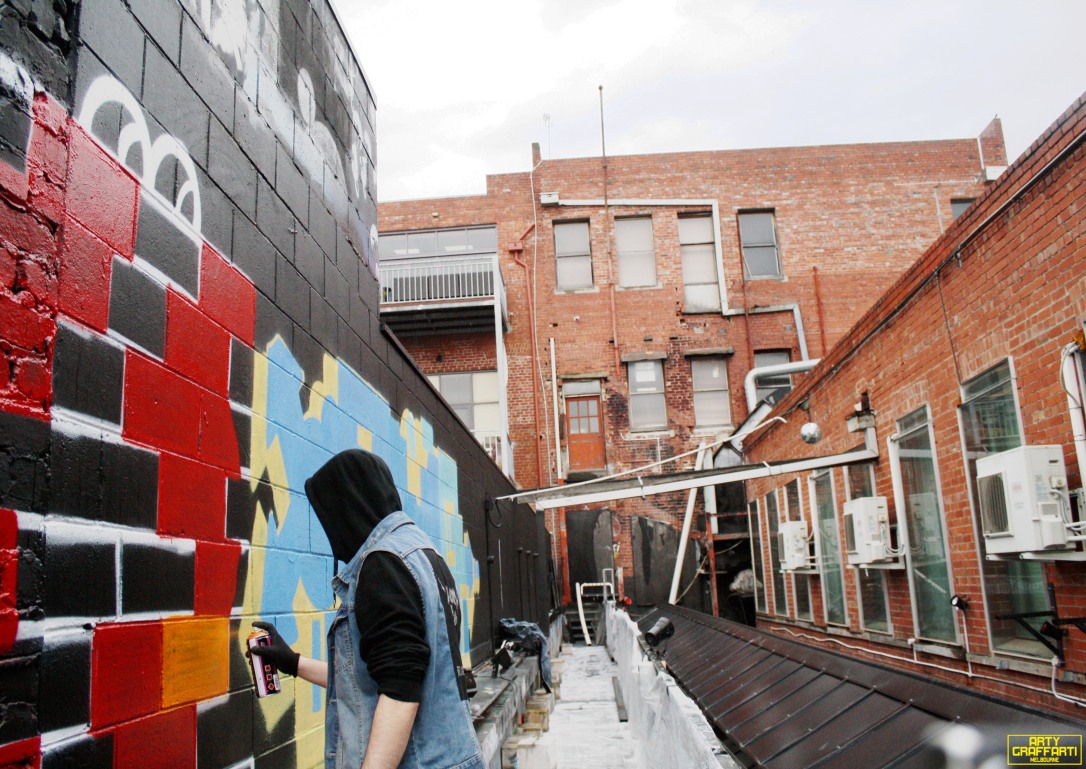 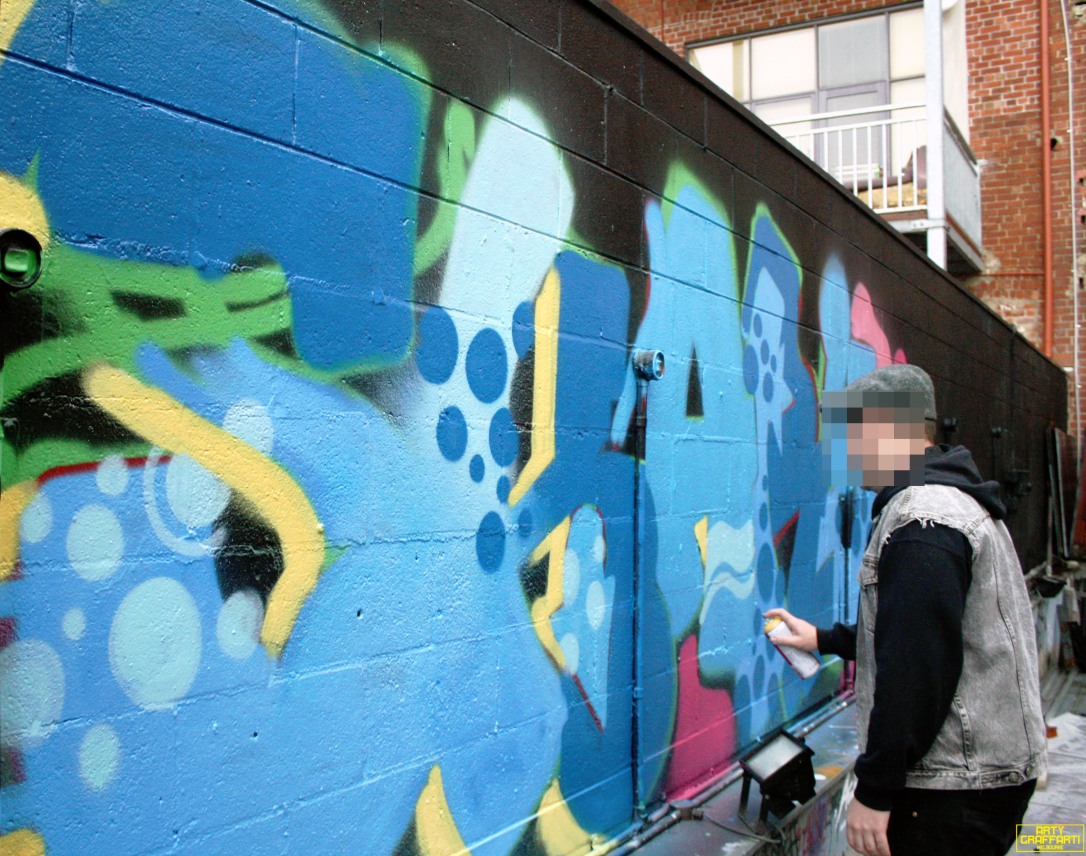 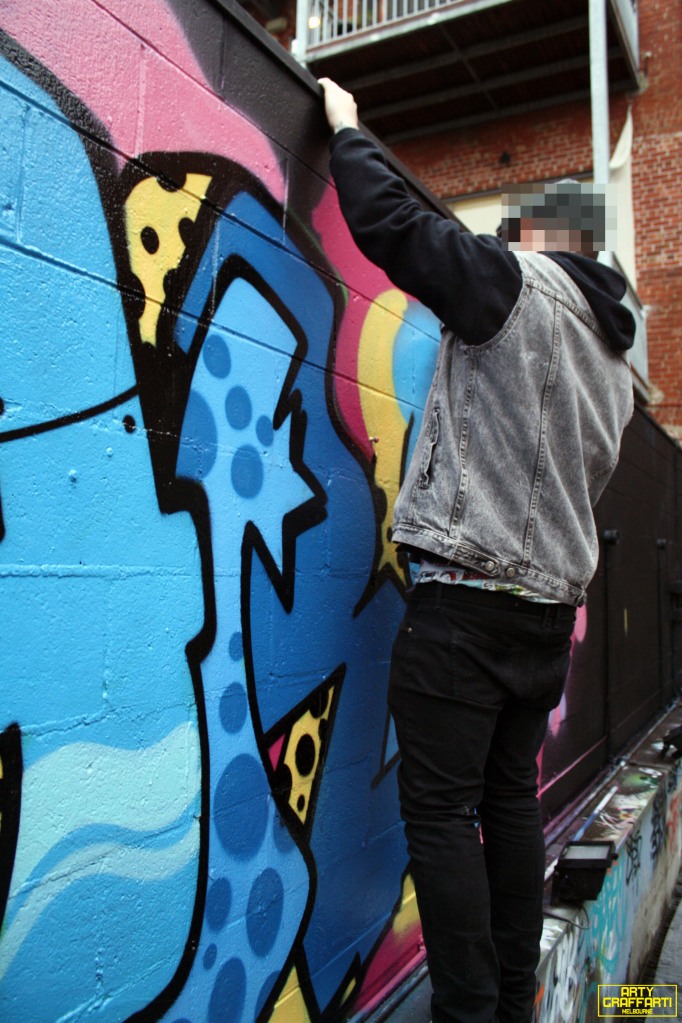 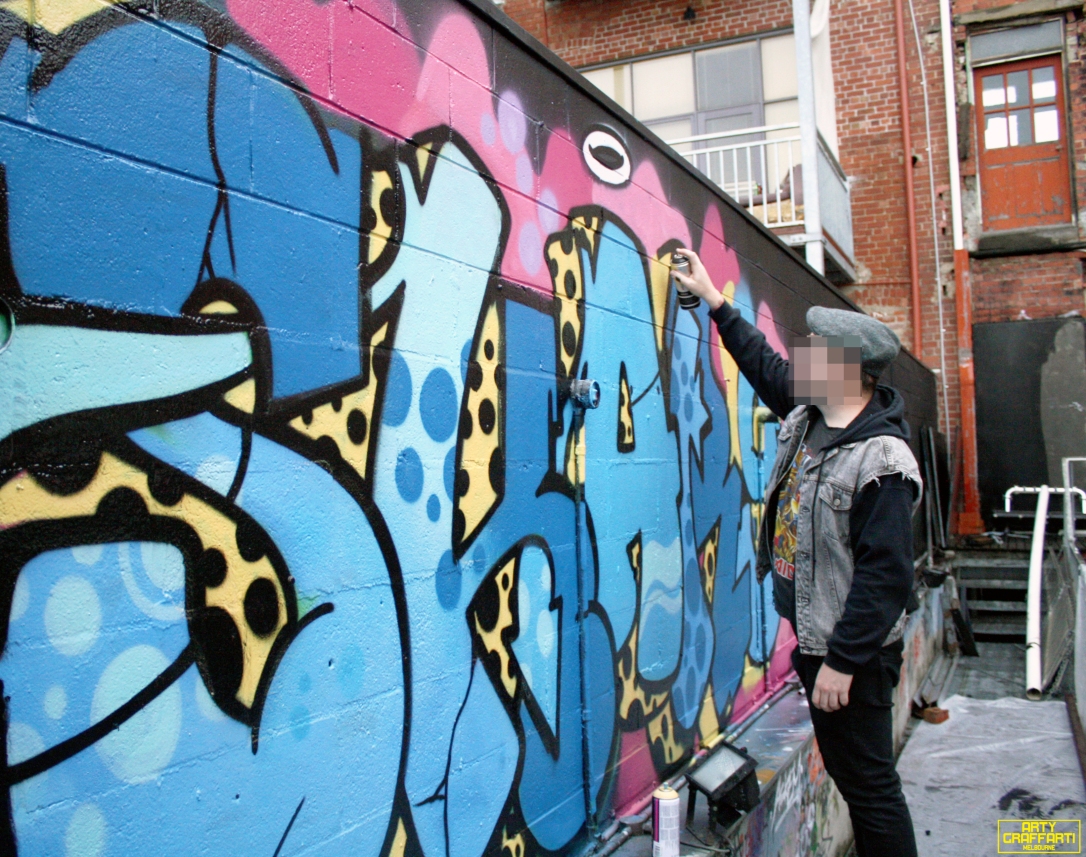 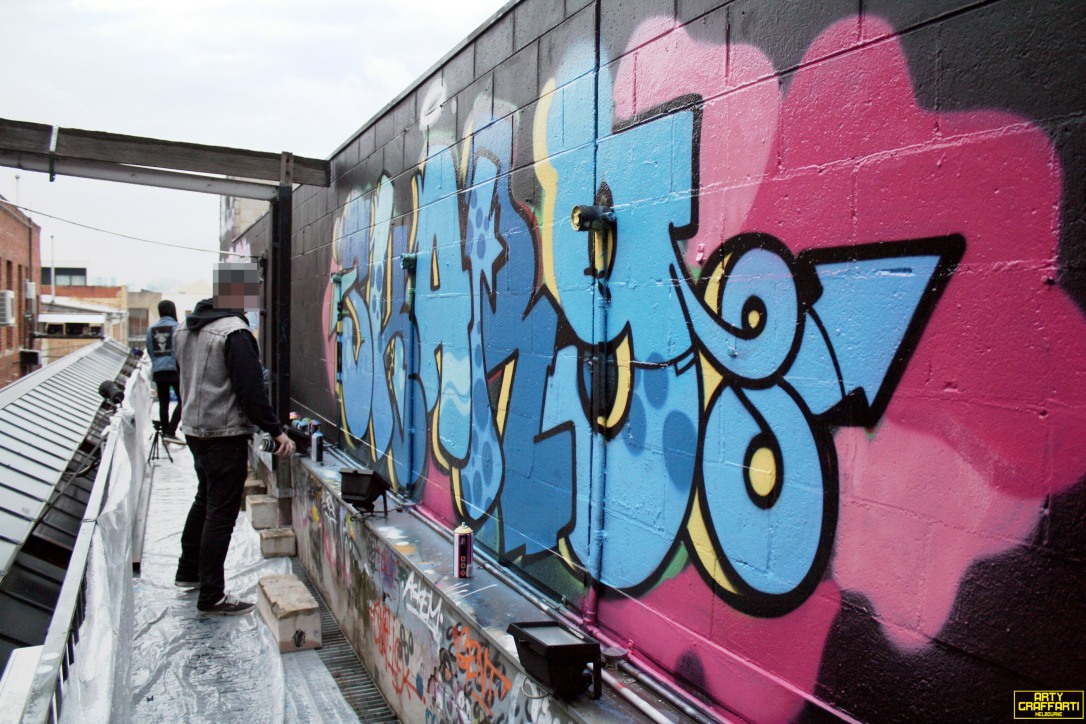 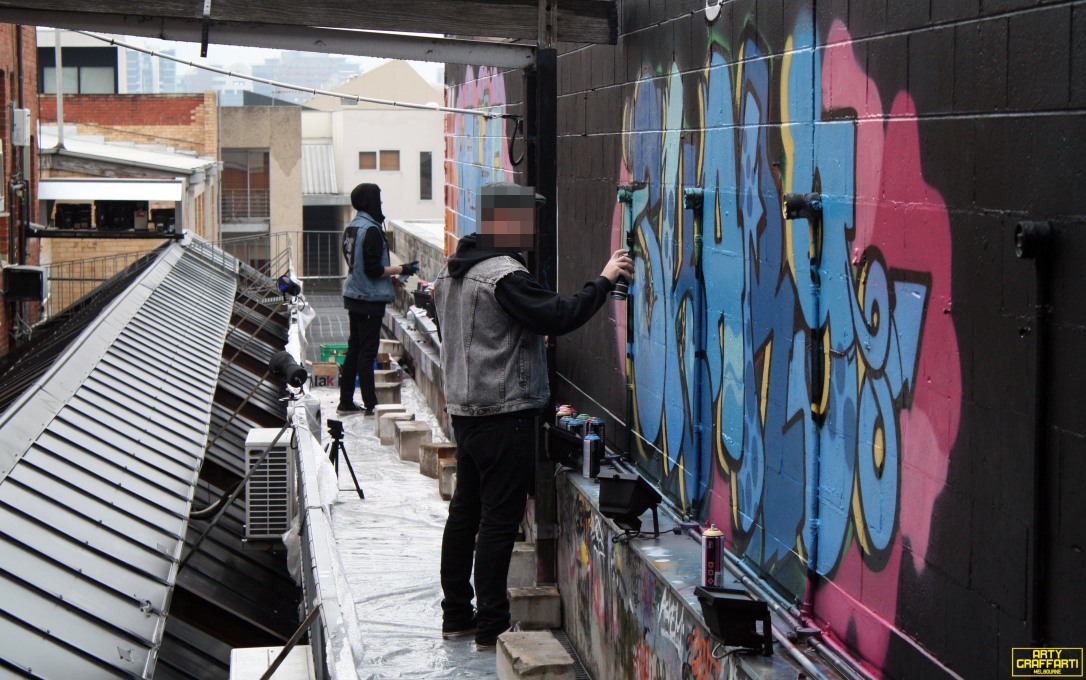 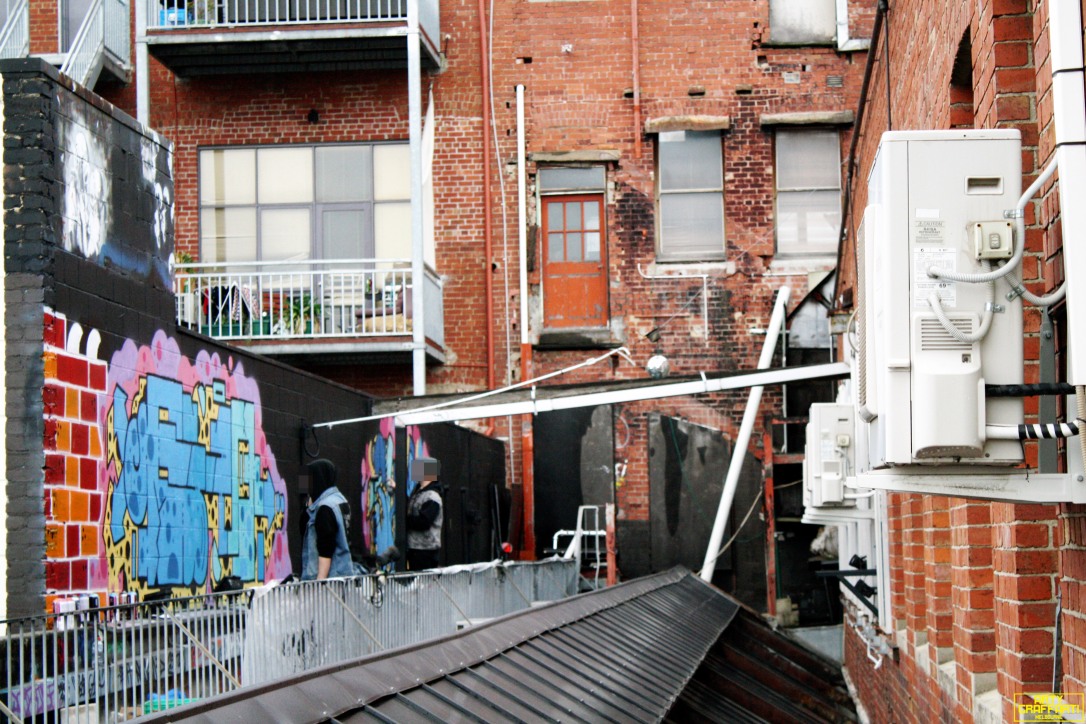 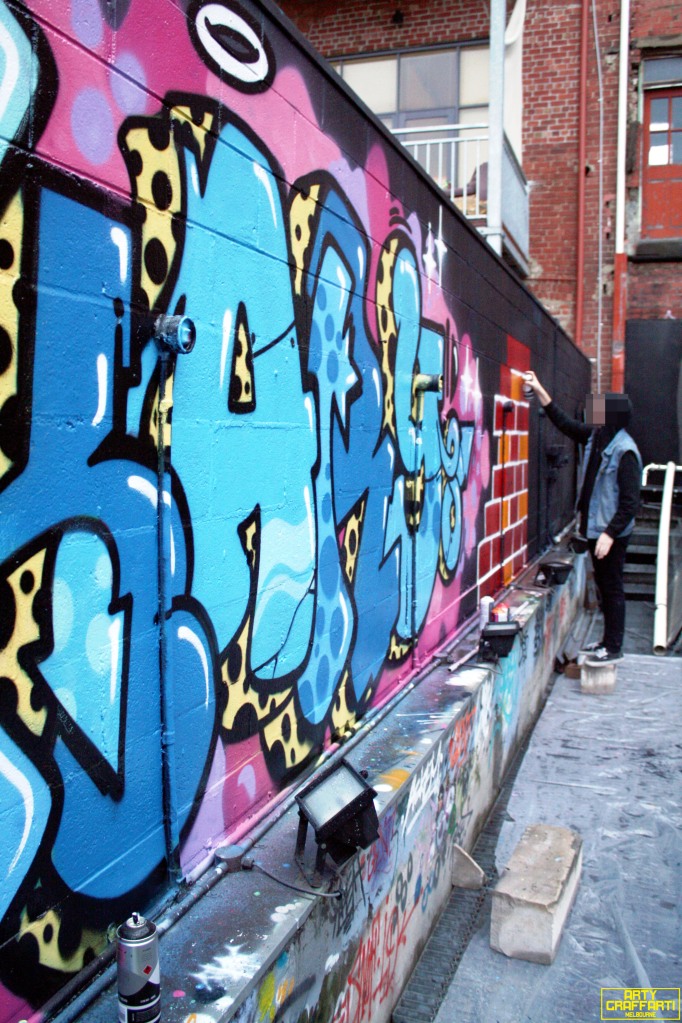 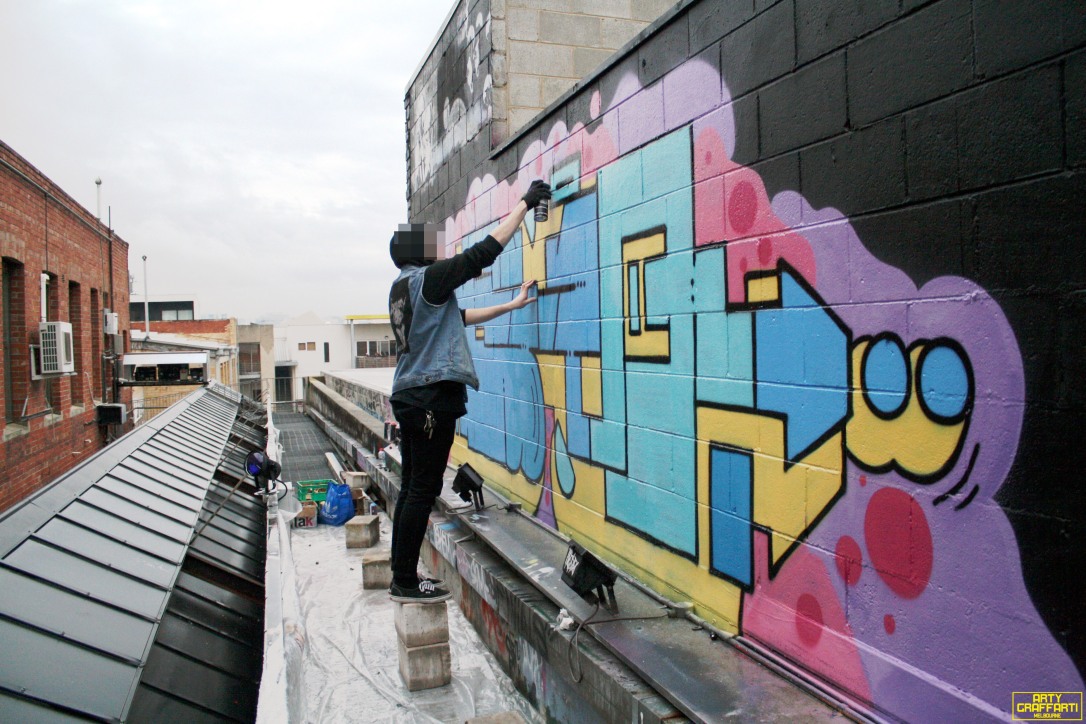 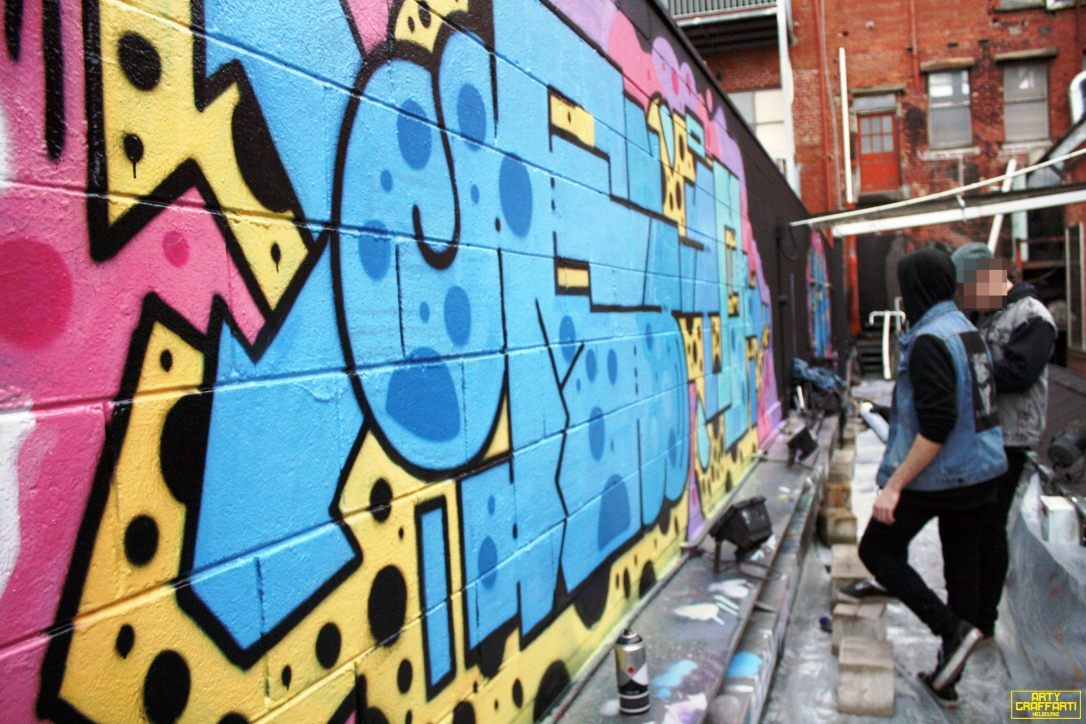 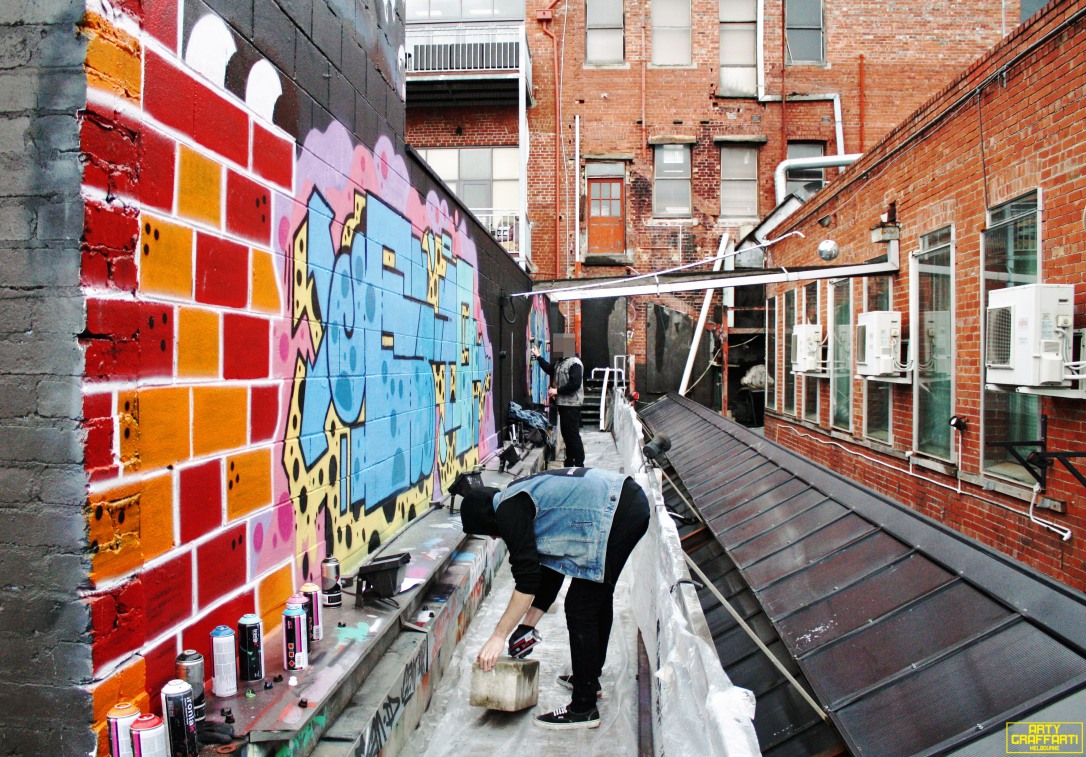 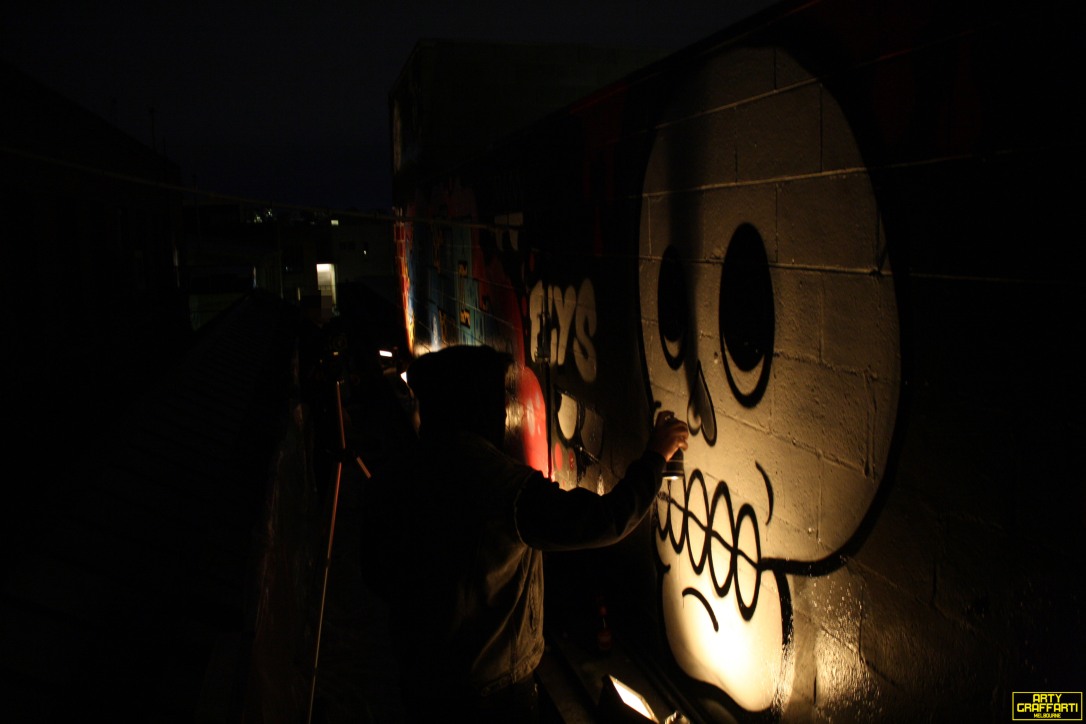 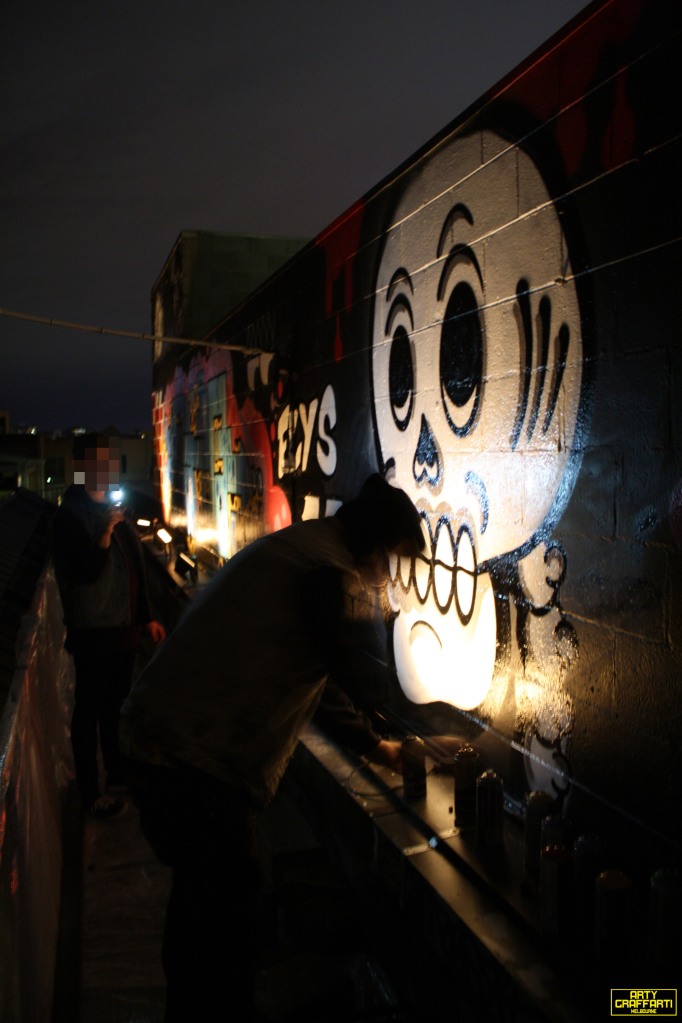 All photo’s by Arty Graffarti, except these final four by OG23 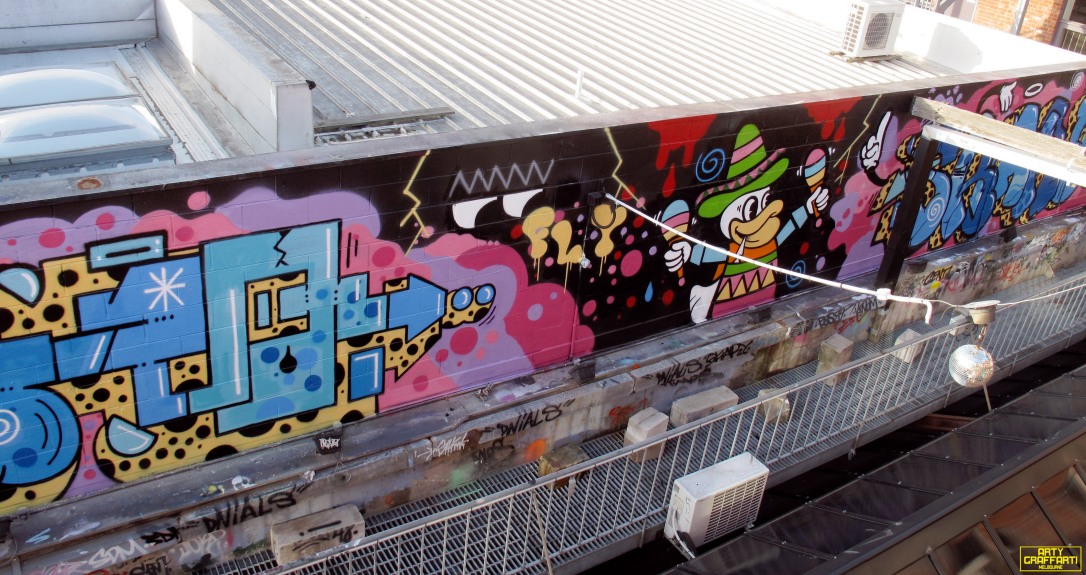